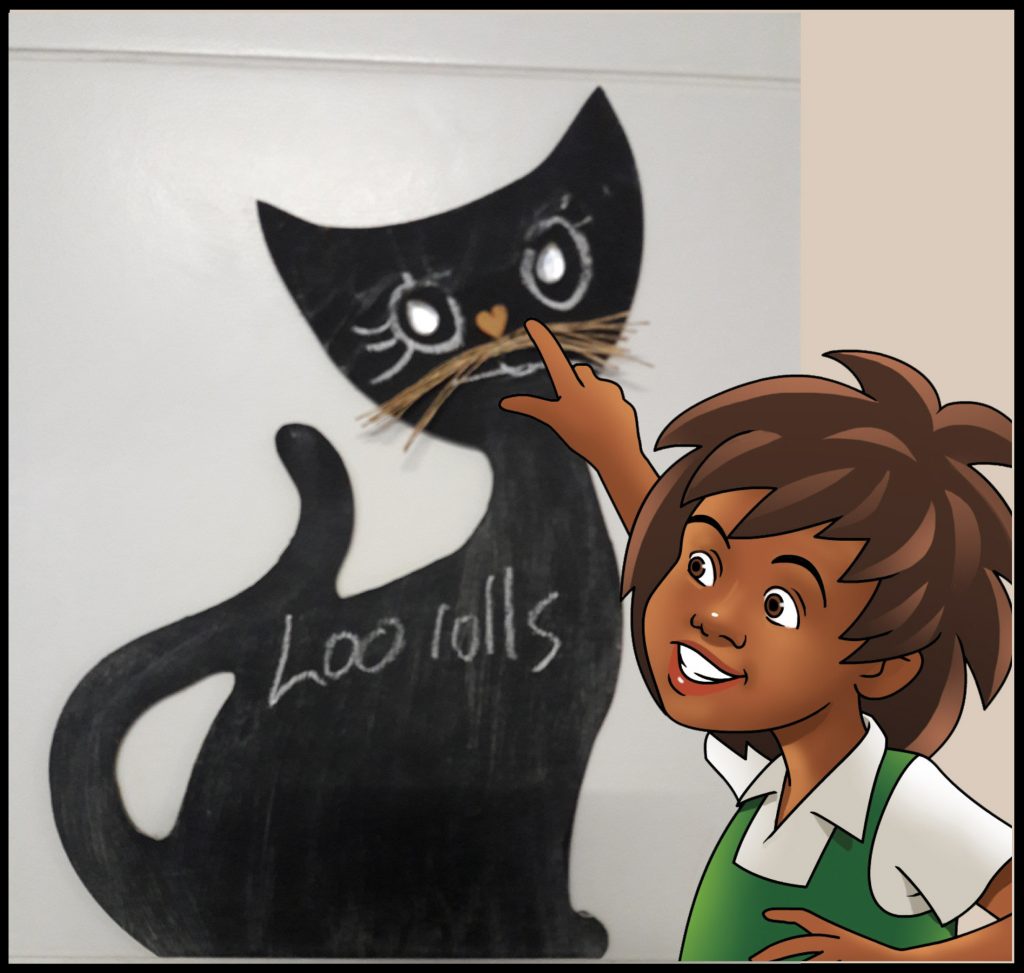 The other day I took the last toilet roll to clean up a mess I’d made and forgot to tell mum. I didn’t think much of it at the time. In fact… I did not think about it at all! But when mum went to fetch one for their bathroom and found the packet was empty, she was as mad as a snake.

I confessed – mainly because there was nobody else in the house that could have taken it. Don’t think Dad even knows where they are stashed. Mum ranted, raved and performed. Really – you would have thought I had taken something very precious, instead of the last loo roll.

Luckily I still had half of it in my room which I could hand over.

I was telling my friend Nomsa about it at school the next day. She comes from a big family and they are always having some spat or another. Nomsa said that they’d had the same problem – someone was always finishing up something and driving her mum crazy – but they had found a solution that worked a treat.

They had painted a piece of hardboard with chalkboard paint and stuck it up in the kitchen. When somebody saw that the peanut butter was running low – they had to write it up. Or if her brother finished most of the bread (which he was always doing) he had to write it on the board. Her older sister was always making cookies, and used up the sugar at an alarming rate – that got written up too.

Then when her mum was going to the shops – all she had to do was take a photo of the board with her cell phone and she had an instant shopping list.

Their system worked really well – they hardly ever ran out of anything anymore. Even when her little brother ate the last apple – he could not write but he could draw – so he climbed up on a stool and drew a picture of an apple.

So I told mum about this idea after school. She thought it sounded quite good and said she had a piece of hardboard in the shape of a cat that we could paint with chalkboard paint and put up in the kitchen.

It’s still early days – so we’ll have to see if it works for us.

Have a happy day! 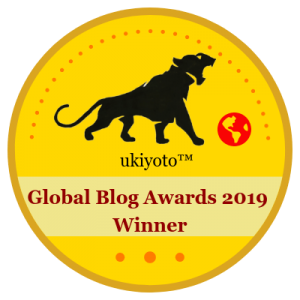 Other stuff written by Ginny

The Imaginaeries of Faerie Glen